Mid-season MVP awards for the Hawkeyes 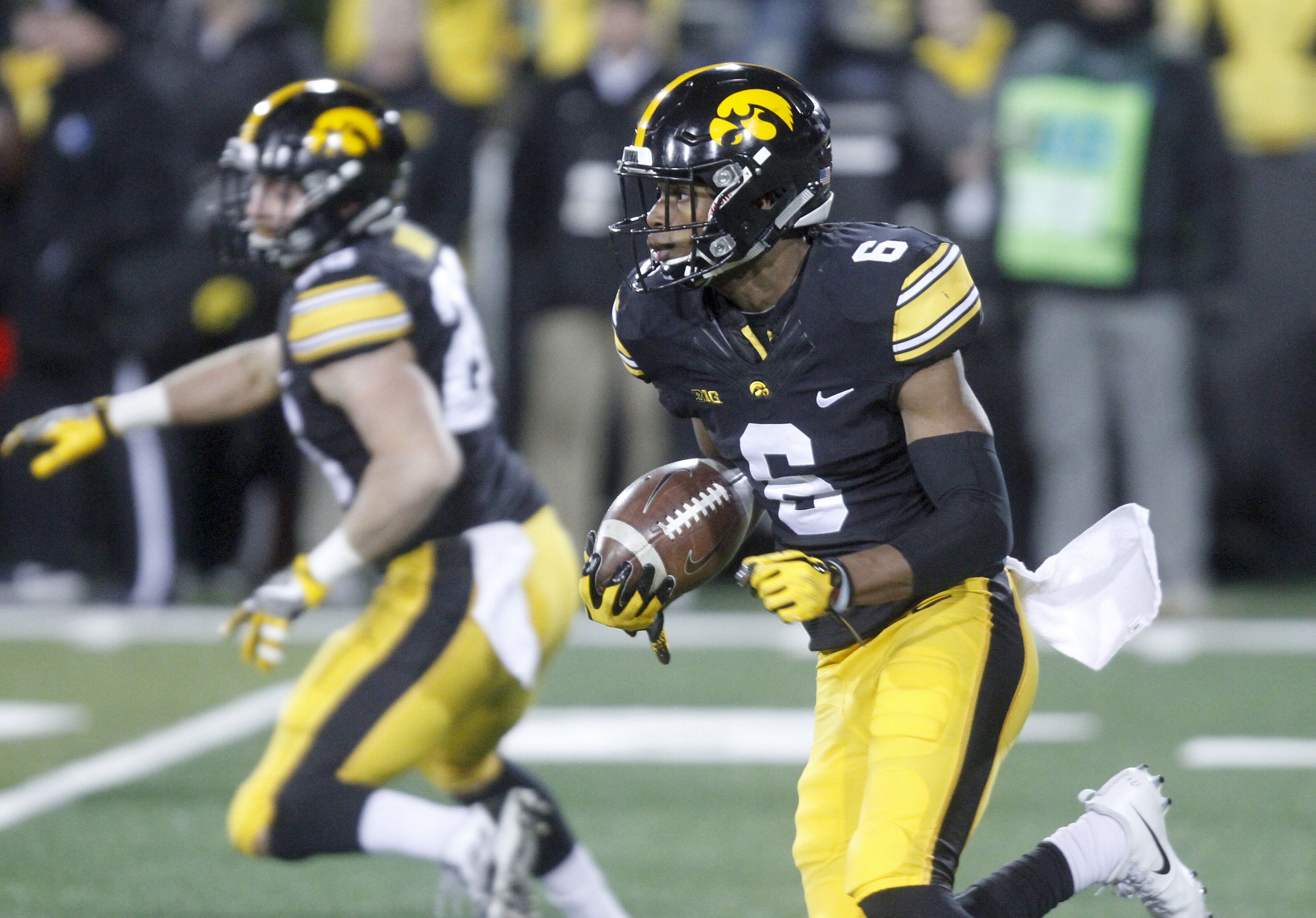 IOWA CITY, IOWA- NOVEMBER 18: Wide receiver Ihmir Smith-Marsette #6 of the Iowa Hawkeyes runs back a punt return during the fourth quarter against the Purdue Boilermakers on November 18, 2017 at Kinnick Stadium in Iowa City, Iowa. (Photo by Matthew Holst/Getty Images)

The Iowa football team is 5-1 through the halfway point, and team is performing well. Here are the midseason MVPs for the 2018 Iowa Hawkeyes.

For obvious reasons, these MVP awards don’t mean anything in the grand scheme of things considering there is a ton of football left to be played, but it’s a fun exercise to give you a glimpse in to who has been superb in each phase of the game. With the Iowa football team doing so well both offensively and defensively, picking the MVPs is no easy task, but it has to be done.

Through six games, the Iowa football team has had four players named the Big Ten Player of the Week (Nate Stanley, AJ Epenesa, Riley Moss and Anthony Nelson). They have had one Walter Camp FBS National Player of the Week, and they have had many people make Pro Football Focus’ Big Ten team of the Week including four from week seven. Off the field, Iowa has had one player nominated for a prestigious academic award.

Needless to say, just based on the amount of individual recognition the Hawkeyes are receiving, their team is doing well. This finally resulted in team-wide national praise as the Iowa football team finally entered the national rankings.

Like I said above, these MVP awards are more for fun and to give you an idea of who the most outstanding players on the team have been, and I would love to hear your thoughts on who you think should be the MVPs in each phase of the game.