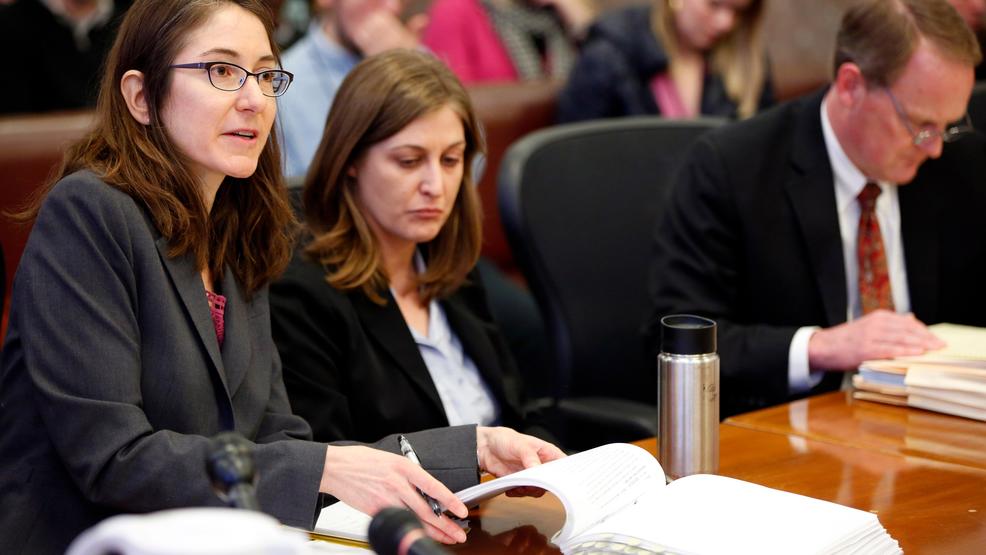 Iowa’s fetal heartbeat law should be struck down as unconstitutional without a trial, argued lawyers during a court hearing Friday.

Polk County Judge Michael Huppert said it will take up to 60 days for him to decide whether he will strike down the law, which bans most abortions in Iowa when a fetal heartbeat is detected, or let it go to trial. If he decides it is unconstitutional, an appeal to the Iowa Supreme Court could soon follow.

Lawyers representing Planned Parenthood of the Heartland, the ACLU of Iowa and the Emma Goldman Clinic—the organizations that filed the lawsuit—-argued that the law is “clearly unconstitutional,” requesting a motion to forgo a trial since the facts in the case are not in dispute.

A crowd of about 80 people flooded the third floor of the Polk County Courthouse Friday awaiting entry to the courtroom, where oral arguments began at 10:30 a.m. and lasted one hour.

Alice Clapman, a lawyer for Planned Parenthood, cited a Iowa Supreme Court decision this year that struck down the mandatory 72-hour waiting period for an abortion that lawmakers passed in 2017.

“In that decision, the court confirmed that women have a fundamental right to an abortion under Iowa’s constitution to this medical procedure” Clapman said. “It could not be more plain under state and federal precedent that whatever authority the legislature may have to regulate abortion, it has no authority to prohibit abortion outright until the point in pregnancy when the fetus becomes viable.”

She also pointed to several other states—North Dakota, Arkansas and Mississippi—in which courts dismissed restrictive abortion laws as unconstitutional without a trial.

The Thomas More Society, the conservative firm that is representing the state after Attorney General Tom Miller recused himself from the case, argued that the law isn’t a ban on abortions, but instead changes the window of time in which women can get the procedure.

“All of the abortions that happen now would just be converted to earlier abortions,” argued Martin Cannon, attorney with Thomas More society. “If you’re going to have an abortion, do it promptly before the child reaches this milestone [of a heartbeat].”

He said that, unlike the plaintiffs claim, there are facts disputed in the case and it ought to go to full trial.

“It’s an extreme and unusual remedy. If material facts are in dispute, we need to have a trial,” Cannon said after the hearing.

The lawsuit was filed shortly after Governor Kim Reynolds signed the bill into law in May.

Right now, the law is temporarily on hold from taking effect. The current law, passed in 2017, restricts most abortions in Iowa after 20 weeks of pregnancy.